King of Tokyo Power Up Expansion 2017

Base Game Required: King of Tokyo

If you own King of Tokyo (KoT), a game from our Great Family Games post, you need to go get this expansion right now. I personally cannot play KoT without this expansion.

The Power Up Expansion adds Pandaki (a new character) and Evolution Cards for each character in KoT. (Note that this expansion is compatible with the original KoT as well as the 2016 Edition.) The Evolution Cards are specific to each character which makes picking your character something you actually have to think about (aside from how cool it looks). Playing around with different characters and seeing how each character plays against the others is a new game in and of itself. The only way that you can acquire these Evolution Cards is by rolling 3 hearts. This rule adds a new element to your strategy while rolling inside, and outside, of Tokyo.

We all know that the most fun part of KoT is purchasing item cards and this adds more of that to the game. And the powers on each Evolution Card are really powerful and can really screw over the other players. Which is what KoT is all about. There is a demo copy available at The Loaded Die.

If you have read our Top 5 Games That You Should Own post or Great Family Games post then you know how much we love Ticket to Ride. It has a light strategy and ultra-simple mechanics with a very straight forward ruleset that plays 2-5 players. You may also be aware of the large selection of expansions that go along with the base game. Each of the expansions has unique mechanics/elements that are not found in any of the others. And while they are all fun to play, they are not all necessary to have in your collection.

The India & Switzerland Map Collection expansion comes with 1 double sided board and the tickets required for each of the maps inside. This expansion is the best supplement to your board game collection for one reason: it plays 2-3 players and it does it extremely well.

The India side of the map (my personal favorite) is filled with mostly short routes. There are only a few routes that are 6+ trains long and those do require at least 2 wild cards to be played to claim those routes. These shorter routes means that there is less down time in the beginning of the game while players are acquiring cards. The new element on the India map is creating complete circles with your trains. The more routes that you have in one enclosed circle the more points you receive. This new rule is what makes this 2-3 player version challenging and worth the purchase. Having to loop around the whole map increases the chances of bumping into the other player’s route, which is where most of the strategy comes from.

The Switzerland side of the map is much different than the India map, but still challenging. It has a good balance between short and long routes with tunnels (also found in Europe) added into the mix. The tunnels sometimes require you to spend extra cards to claim those routes. It can be quite frustrating in a 2 player game as it immediately reveals the route that you are trying to claim. This map also comes with a 2nd type of destination ticket: country-to-country. These tickets encourage you to create routes that stretch across the whole board, which allows for more opportunity to bump into the other player’s route.

If you love Ticket to Ride give the India & Switzerland Map Collection a try. Having this expansion, plus the base game, means that you will have an easy to teach game that plays extremely well with 2-5 players. There is a demo copy available at The Loaded Die.

The coolest part about Santorini is the crazy amount of God Cards that comes with it. You can play this game 100 times and still not know how all the God Powers play against each other. Normally with games like this expansions aren’t necessary, but I think because of this the Golden Fleece expansion is worth the purchase.

The Golden Fleece expansion comes with a stack of new God Cards and The Golden Fleece piece. When playing with the Golden Fleece (GF) you each select a God Card to play with, plus an extra that you both can use. The trick is that you can only use this God’s power if your piece is next to the GF. This is a great element to add because it gives you the chance to play around with other God powers a lot faster than if you didn’t have it. There are a couple of reasons the new God Cards are worth the purchase. First of all, they have awesome powers! These powers kick the strategy up a notch and make your planning extremely fun.  This expansion also adds “advanced player” God Cards that allow you to use your God Power once per game instead of on every turn. These God Powers are so strong and powerful they couldn’t be allowed to be used more than once. I really like this part because it allows you to play a high level strategy game with a new gamer, or with kids, without throwing them into something they may not be ready for. Simply give that player a normal card and you play with an advanced God Card.

This is a small box expansion with a lot of cool stuff inside. There is a demo copy available at The Loaded Die.

Dixit is another game from our Top 5 Games That You Should Own and Great Family Games post and one you have probably played a million times. It’s a simple game that shouldn’t need an expansion. But if you have played more than one full game of Dixit in a day you probably already know why it does need one. 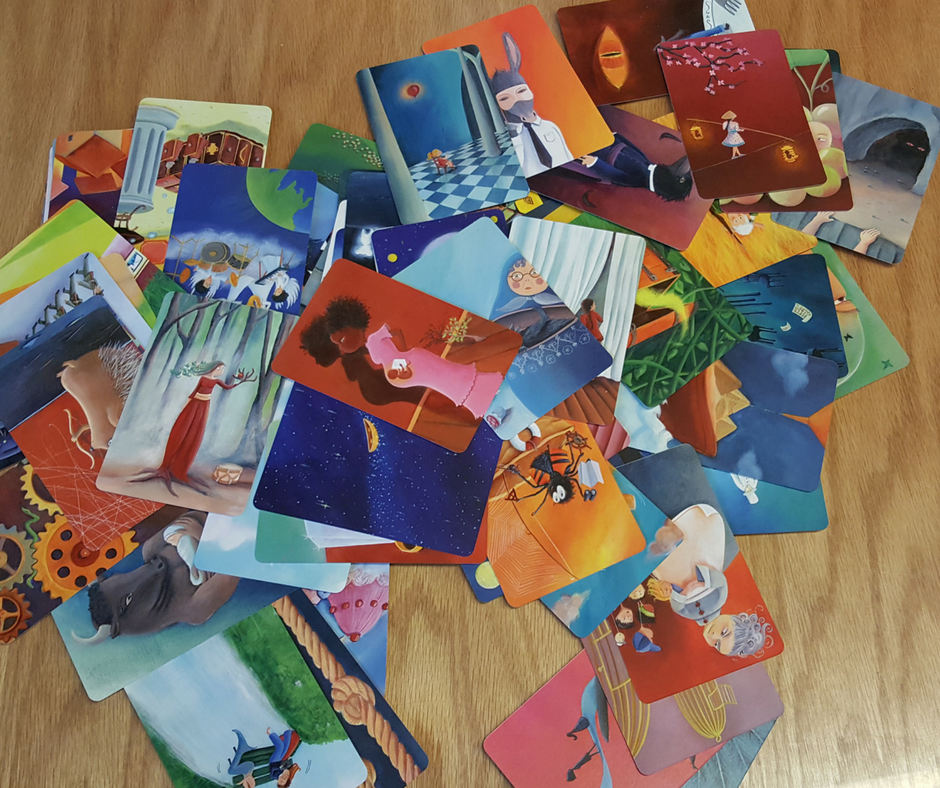 Dixit has a seven expansions available, all for the same price, and they all do the same exact thing. Add more cards. Each expansion has a different theme to it and adds 84 cards (the same amount the base game comes with). Since this game all about the images you want to have a lot of variety in the images that you see. The expansions keeps the game exactly the same, but adds a higher replay ability to it.

Only one expansion is necessary. There is an open demo copy of Dixit: Quest available at The Loaded Die

I personally think that 7 Wonders: Duel is better than 7 Wonders (but that’s a discussion for another day). But one thing that I don’t like about it is how predictable and planned the game becomes. “Okay, so I’ll take this card, then she will take that card, then I’ll take that one, then it’s the next round.” This expansion adds enough new stuff to the game where that thought process changes without it becoming overwhelming.

An awesome game made even more awesome with the expansion. There is a demo available at The Loaded Die.

What do you think? Did we miss anything?