We try and keep, at least, three games open on our demo table for our customers look at and demo. Check out what we have out this weekend!

“In the 2400s, mankind begins to terraform the planet Mars. Giant corporations, sponsored by the World Government on Earth, initiate huge projects to raise the temperature, the oxygen level, and the ocean coverage until the environment is habitable. In Terraforming Mars, you play one of those corporations and work together in the terraforming process, but compete for getting victory points that are awarded not only for your contribution to the terraforming, but also for advancing human infrastructure throughout the solar system, and doing other commendable things.” - via Board Game Geek

“In Cottage Garden, you compete in the art of gardening and are working two beds with a variety of flowers. Whenever no unplanted box is visible on a bed, you have completed it, then you count your points and replace it with a fresh, unplanted bed. You gain points for all of the visible plant pots and planting bells.” - via Board Game Geek 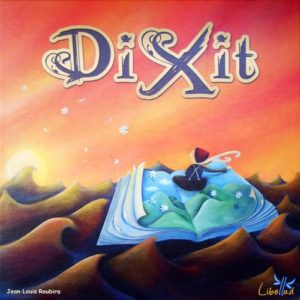 “With elegantly simple gameplay, Ticket to Ride can be learned in under 15 minutes, while providing players with intense strategic and tactical decisions every turn. Players collect cards of various types of train cars they then use to claim railway routes in North America. The longer the routes, the more points they earn. Additional points come to those who fulfill Destination Tickets – goal cards that connect distant cities; and to the player who builds the longest continuous route.” - via Board Game Geek